The Dance of Dimitrios - by Patrick Brigham

This is a preview of my newest crime thriller and murder mystery, which takes place in Northern Greece, close to the borders of Turkey and Bulgaria. It is a poor region, occupied mainly by subsistence farmers, but it is also an area fraught with illegal immigrants from all over the Middle East, Asia and North Africa. Jam-packed with intrigue and many conspiracy theories, the little Balkan village of Kzenia harbours many dark secrets. But, because the age old smuggling profession has little or no conscience, it also means that the eyes of the world are often carefully diverted in the media but, not the probing eyes of MI6 or the careful investigations of British police detective, DCI Michael Lambert of Europol.

Chapter 1 - Down by the River Ardas

Dimitrios Pantzos was an old man. In his 80s, his thoughts not only dwelt on his own austere past, but also that of his parents. In 1923 they had been forced to move from Turkish Thrace, as part of the Great Migration, to the then newly fashioned country of Greece. As a first generation Greek National, he had little reason to love the Turks and felt a deep resentment for the damage they had caused his family and their lives.
Once from a wealthy family of landowners, his father - and those members of the family who managed to survive Ataturk’s bloody partition - had been forced to cross the River Evros into Greece, only to become a subsistence farmer.
In common with many in the Evros region, when he became a man, Dimitrios accordingly held a grudge, which his children grandchildren and great grandchildren, could never truly understand. Living in the little riverside village of Kzenia, overlooking the meandering River Ardas, he too had tilled the soil throughout his life. Witnessing Greece’s turbulent past, the various political upheavals - the rule of the Colonels and their cursed junta - and finally their spendthrift successors; somehow he had managed to survive.
Hidden in the northern reaches of Evros, the next door neighbour Turkey was literally five minutes away by road, and driving north - and twenty minutes by car - was the recently renamed, Democratic Republic of Bulgaria. He had heard these days that Bulgaria now had a King as Prime Minister, but Dimitrios Pantzos remained ardently unimpressed, believing them all to be, the Devil’s Children!’ 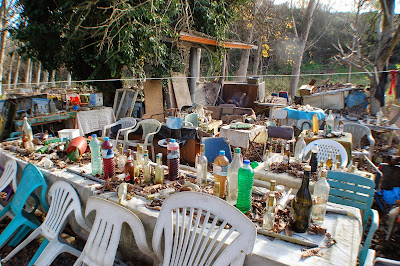 He remembered the Communists during the troubles in 1948 and like many other Greeks, hated them like the plague. But, because he didn’t like the Turks either, he – akin to many from his country – felt isolated, and detached from the outside world.
The Greek newspapers glibly repeated the mantra, that Greece was now a fully fledged member of the EU, which - other than some minor help to subsistence farmers - had improved life very little, for him or his family. With worn out tools and increasingly arthritic joints, it had become a struggle to survive the recent past, and he was pleased when a neighbour - very reluctantly - agreed to rent his land from him. Now, all he could manage was to plant a few vegetables in his garden, exclusively for his own needs.
A widower for some ten years, the loneliness he felt was indescribable. Even with the other old men in the village, who daily inhabited the pensioner’s café, he had little in common. They rarely seemed mournful for very long, and when their loved ones died, somehow accepted their passing, as a matter of course. But Dimitrios Pantzos was different, because - although he had been a farmer all his life – he was also a musician, a philosopher and a poet.
The ever present grief, which for years had held him in its icy and unrelenting grip, often stopped him from performing even the most mundane daily tasks and rarely seemed to go away. This grey and numbing spectre had appeared the very same day that his wife died. It had happened quite suddenly, one Sunday morning, during the cruel month of April. The horror of waking up next to her cold and lifeless body, was a memory which could never be adequately described; even by a philosopher and poet such as himself. It was as though his life had also come to an end.
This had all happened some time before, but to the old man, it still seemed like yesterday. Many in the village thought him quite mad, because, as a self proclaimed intellectual, he appeared to inhabit some unfathomable and distant in-between world which they simply didn’t understand. And so, he learned to ignore the cruel whispers and jibes coming from his neighbours, and of course, all his so called friends.
They laughed at his claims to understand the very essence of Greece, which was something he described in his poems and songs. Maybe, this was because they were far too preoccupied reading their seed catalogues and farming magazines; that is, of course, if they could read at all. 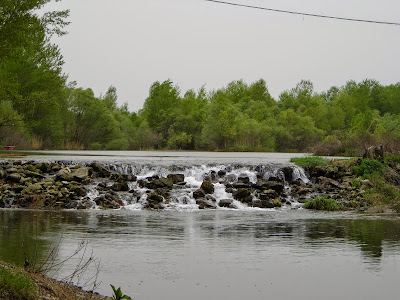