BILLY BUNTER AND THE BREXIT - by Patrick Brigham

Watching the Brexit circus from a safe distance in Greece, I can’t help feeling that I have seen it all before. I think it took place on British television in the 1950s, and involved a somewhat dodgy third rate boarding school – called Greyfriars School – and its rather unruly incumbents.
Intended for the education of the sons of impoverished gentry, officers serving abroad and idiot farmer’s sons, it is no wonder that – as with many other similar schools – it was the breeding ground for infamous pranks, total anarchy, and general malingering of one sort or another. The worst practitioner of these black arts was one William George Bunter, otherwise known as Billy Bunter, who – when he wasn’t stealing other peoples cakes and sweets – had great difficulty in telling the truth.

I don’t know if this applied to Eaton or Harrow, but judging by those I have met who attended these two schools – including such luminaries as the young Winston Churchill, David Cameron and Borris Johnson – the strict mores of an upper class education, did not always bring out the best in people. Due to their rather loose grasp of the truth and rapidly declining moral standards, many learned to lie through their teeth, in order to allay a damn good public school scragging. Of course, Billy Bunter was the past master of such ‘porky pies,’ saying things like –‘I didn’t steal your cakes, Smith minor, and when I did, nobody saw me!’
So now back to the Brexit. From my distant focal point, it is a wonder to me why the British voting public is prepared to put up with the present selection of so called enlightened arguments. Put forward by at least two of the ex public schoolboys I have mentioned above - who seem to think that intelligent political argument, is based on the wittering’s of a thick taxi driver or a gossiping hairdresser from the nether regions of Potters Bar- when are they going to stop making things up and generally misleading and confusing people in the run up to this important referendum.
They say that the first casualty of war, is the truth, but this is not a war, and to maintain any future political integrity these stalwarts need to stop bending the truth and getting to grips with the real issues and to carefully lay out the pros and cons of staying in or going out of the EU. 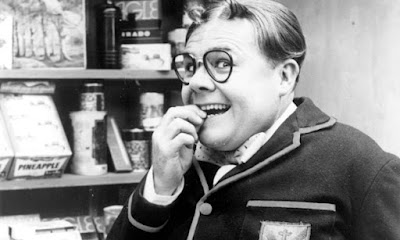 There will not be hoards of Syrians roaming the streets of Henley-on-Thames, followed by an even more violent gang of Turkish belligerents, any more than the British sausage being renamed by Brussels as a ‘half bread offal tube.’ And if I hear another childish mantra about straight bananas and cucumbers, I will believe - like others I know - that I have somehow been transported back in time to the dusty corridors of Greyfriars School.
It’s hard to imagine Billy Bunter as a Conservative cabinet minister, or the conniving and mischievous schoolboy William Brown – from Richmal Cromptons series series of books called Just William – as the Chancellor of The Exchequer, but the more you listen to their political debate, the more you can imagine them stealing each others cakes. Roll on the referendum – Garoo!

Now in July 2019 - as Boris Bunter is about to be anointed Prime Minister - it seems you were rather more prescient than you knew...

Nice Post, Thanks For sharing. When you want the best taxi services for traveling at an affordable price, we are the right choice for you.
Henley Taxi

Nice Post, Thanks For sharing. When you want the best taxi service at an affordable price, we are the right choice for you.
Peppard Taxi service
Henley To Heathrow Taxi