The Party’s Over, but, Is It Time to Call It A Day? – by Patrick Brigham 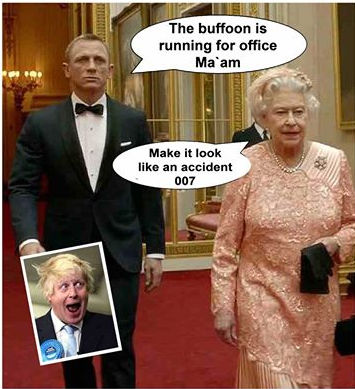 Her Majesty with James Bond

They have certainly burst all the pretty balloons, but unfortunately, they haven’t chased all the clowns away. Is it time to wake up - all dreams must end - take off their makeup, the piper must be paid?

This evergreen song by Julie Styne, Betty Comden and Adolph Green, easily sticks in our minds, and is so appropriate when we view the last few days in British politics; following the EU referendum. But the last few days have also given us all time to think why and how it happened, and to analyse all the hidden agendas – the cast list involved - and the probable outcome.

Since the changes, Bulgaria has managed to attract a large number of British expats, all happily living in the provincial districts, many of whom have come from fairly deprived areas in the UK where unemployment has been the norm. Forgetting the statistics about 5% UK unemployment, and other jingoistic government propaganda - representing an overall national calculation, which includes London and the major areas where jobs are in abundance - one of the good points about the British economy, is the somewhat absurd price of property.

These days, a retired couple or an unemployed couple with few prospects - struggling to survive on a poor pension or benefits, in the English Midlands - might easily discover that the proceeds of sale from their humble semi, can buy a substantial property in Bulgaria. With land and outbuildings attached, it can represent an opportunity they might never have dreamed of, in the normal course of events, had they remained in Middle England. Good! Now these pioneers - who wish to escape and enjoy a Bulgarian lotus eating lifestyle - will never look back. But some do, and what they look back on, may have been the main reason for the Brexit. 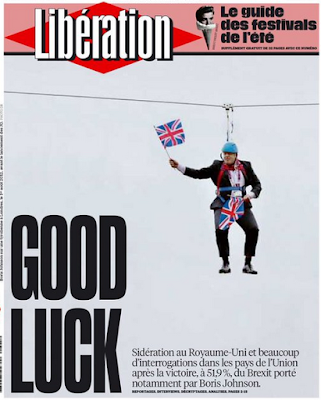 Boris and his Antics

The vast majority of people who traditionally live in the heartlands of industrialized Britain, are Labour Party voters. When the English Midlands became gradually less industrialized, during the last thirty years of EU membership – and with the advent of globalization - they not only saw company closures and the prospects for work diminish, but they realized that they had been put on the back-burner of British society. Margaret Thatchers yuppies couldn't care less about unemployed factory workers, and even Norman Tebbit told the unemployed to get on their bike. Blairs government didn’t fool anyone either – the UK was still being ruled by posh boys in suits – which rather brings us to the present, and our current government front runners. Old Etonians, Harrovians and a plethora of middle class want-to-be’s seem to have dominated the British political scene for the last six years, and now the party seems to be over. But why?

It seems that traditional socialist voters have concluded that The Labour Party has become so diminished, that it no longer represents the views or needs of ordinary working people. In a decade where they have seen their poster boy Blair becoming one of the worlds mega rich, and even grumpy old Gordon Brown – who I admire greatly – finally deciding that enough was enough, the referendum was a wonderful opportunity to strike a blow for ordinary people, for the forgotten industrial areas of England, to finally be noticed once more. Sick of posh boys speeches and the droll political Labour Party dinosaurs, being humiliated daily in the British Parliament, it was time to take things into their own hands. And, it worked! But this was because of a strange turn of fate. 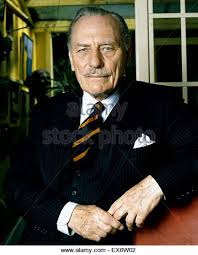 What was odd, was that the traditional Conservative voters and the middle classes thought that it was a Conservative – so called blue on blue - referendum, and that they alone were dominating the Brexit campaign. Posing as true patriots and profound Eurosceptics, they imagined that it was the shopkeepers, factory owners and the professions, who were fronting the Brexit programme. With their absurd claims and downright lies about immigration - imagining that somehow they had become latter day disciples of Enoch Powell – they were in fact playing to an audience, with a quite different venue.

That audience was used to a multicultural society, because it lived quite happily, within it. These were people - who might have said, that their favourite English food, was Chicken Madras –were not influenced one little bit, by the antics of Boris Johnson nor were they in any way connected to the gormless and the glib rhetoric, of the gormless and glib, Michael Gove.

Back to our Balkan reality, one can easily see why so many Brits live in other parts of Europe, away from a blatant two layer society, which they inherited from their forebears after WW2. Seeing it as a society where the have-not’s, are often treated with contempt - laughed at and humiliated by members of a private club, who not only rule the roost, but glory in their easily acquired personal fortunes - no wonder those remaining in the UK, wanted to get even. Hopefully, Brexit will teach the very people who instigated it, a very profound lesson, and apart from knocking them off their perch, they will now have to look hard at the mess they have created for themselves, make amends, and move towards a more inclusive society. Do I want to live in the UK, good question?