>Greece on the Internet by Patrick Brigham 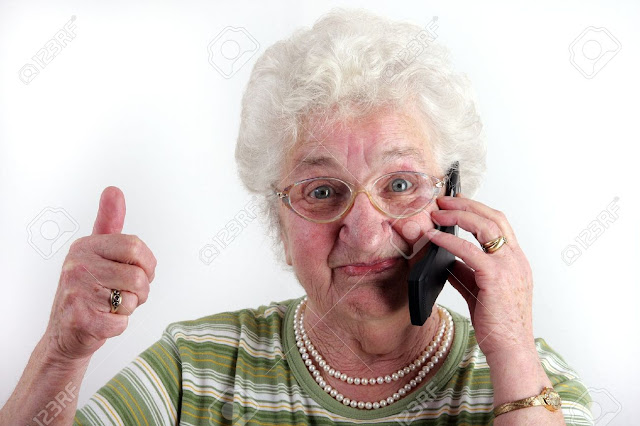 It is not a language difficulty nor is it an inability for me to comfortably use the internet – after all I am a writer and a Journalist – but for many Greeks, the idea of being online appears to be unnaturally abhorrent. To me, Greek attitudes towards life on the web, is akin to some aging aunt from Middle England switching off her cell phone when she gets home. Can you remember how annoying that was? I can.

This year, there has been a great improvement in Greece, and I can now pay all my bills online. Unknown to most, including many of the office staff working in the enlightened company’s which offer this service, perhaps it is an ageist thing? After all; according to local standards, I am well past it, and should not bother my poor dithering brain about such complicated things as computers. But whilst others stick to the heady subject of horticulture, I write books, and play hard in the world of the internet. 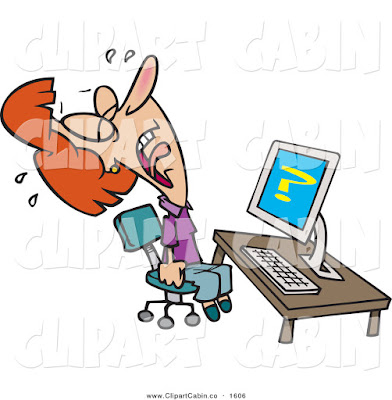 All roads lead to Athens, as the paraphrase goes, but they often stop there too. In a country which seems to get almost anything and everything by courier; where the well known mantra - ‘I will have to order it from Athens’ - seems to punctuate each response to even the mildest unorthodox request, you might think that buying your goods on the internet, for delivery next day, is a brilliant idea!

Perhaps people have simply got used to the standard shopkeepers droll reply, ‘that it will be here in the morning,’ followed by the usual trudge back to the shop the following day, only to be told to come back tomorrow..
Oddly enough, the deals available by Forthnet and OTE – the main IT service providers in Greece – are very good. Even from my little northern Greek village, I have no complaints about the 4G service – five G on offer shortly – a deal which includes TV, and a virtually free landline. Although, that maybe one of the problems?

The Greeks, with their inclination to chatter on forever, and to frequently repeat themselves into the bargain, might find their elongated streams of consciousness, far more satisfying than clicking away on a laptop. The trouble is, that they tend to do this on their mobile phones as well, which - from my own experience - costs an arm and a leg. 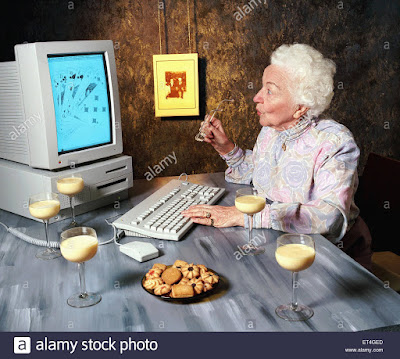 So, it all happens in Athens, and – subject to availability – it is safe to buy things from established businesses and traders, as long as you are careful with your banking information. The Greek banks, whilst enjoying a few years of doubt, despondency and depression, have nevertheless improved their banking services, and recently The Bank of Piraeus has adopted an internet programme, which anyone should be able to operate online, which is fast and helpful. But what happens if you cannot use a computer?

Well, the other day I needed, for some annoying reason, to go to my local branch of the said same bank, to be confronted by such a crowd of people, I thought that the building had been evacuated, due to some life threatening emergency. But no, it was a crowd of crumblies, priests, farmers and pensioners, all trying to deal with a rather knackered ticket numbering machine, followed by a wait of two hours!

Of course, there were many claims for special treatment – especially by the priests – and everyone quickly became angry and extremely twitchy, including me. So – for that alone - I think I have made quite a good case for the internet, but what about the banks themselves? And, why are they so overcrowded and dysfunctional?

As a part of the Greek banking crisis, many banks were amalgamated, although remarkably, very few have actually been shut down locally. So, whilst there was a shortage of cash, there was also a surfeit of employees. Those employees who remained were then distributed amongst the active branches and the rest were let go. But which ones were let go, and which ones now remain? Not all the good ones, that's for sure, I can attest to that! 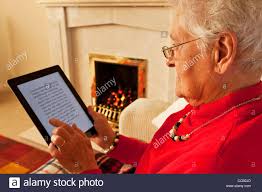 There is another side to the rather neglected Greek internet though, and that relates to news media, and publishing in general. Now that news media from around the world can be seen virtually anywhere online, it has only recently been the case in Greece, but not to any great extent. I am referring, of course, to newspapers printed in English or other European languages. We all know how difficult it is , for us laymen at least, to fully understand the Greek language, but - unlike most other EU countries - there are few choices to inform or entertain readers on the ‘World Wide Web’ in Greece. Greece has very reliable standby’s like Kathimerini, or the Athens News Agency, but as to the real happenings in Greece and the Greek Parliament, this very often remains a mystery to most foreigners.

I have always said that Greece – certainly up until the financial crisis finally exploded on the world scene – was a secret society. Byzantine to the point of exasperation, ten years ago, and as a then recent arrival, Greece seemed to be populated by underemployed and overpaid citizens, steeped in nepotism and corruption, who – in comparison to the rest of Europe - were as much use as a chocolate teapot. But since this crisis, much of this has gradually changed.

But not in the case of computer familiarity or use, and Greece remains well behind its next door neighbours of Bulgaria and Romania in this respect. And Turkish computers? Well, aren’t most of them presently in Police custody?