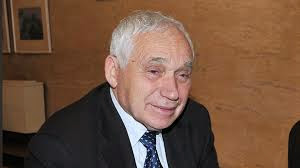 It had been an easy interview, open and frank, his answers were not clouded by suspicion or with other agendas attached, as one often finds with work-a-day politicians and it had been a pleasure to be there. At the time he was
considering the past and carefully reviewing the plethora of historical files littering the archives of the Ministry of the Interior. Maybe now the truth is better known, there will finally be reconciliation.
at February 04, 2015