Many people ask me why it is, that I set my stories in Europe and not in England, where I was born? The truth is that, I find my nation has become rather set in its ways and that Europe has so much more variety to offer. Meaning a choice of 30 countries or more, the availability of characters and customs, is unending. Living in Greece, as I do and part of the Balkans, I am intrigued by the remaining vestiges of Bolshevism, still to be found, in ethnically mixed, South Eastern Europe.
Living in a metropolis like New York or London, you might wonder what these differences are? After all, you can eat anything you like in these cities – including Peruvian or Nepalese cuisine, with perhaps the odd spot of Mongolian – and even meet the people who cook it. Chatting with the waiter, in a foreign country, has always been a recognized way, for tourists to enter a foreign culture. But, it isn’t quite as easy as that, is it?
As a journalist, in the mid 80s, I was busy exploring Eastern Europe and well before the so called changes, it was a time when Communism was a byword for treachery and subversion. The players – from both the East and the West – eyed one another with considerable suspicion, as well as with considerable ignorance and hate.
The mindset of an old Communist was often hard to understand, unless you had been in their company, for any length of time. But the same could have been said of any right-wing dinosaur who, historically, like most western pundits, viewed the rest of the world from an ivory tower. From a comfortable Western perspective, there was often considerable cause for contempt – especially for their natural enemy’s enforced austerity - whilst the ex- commies hated all forms of consumerism, even though they very often had no choice. Or, did they? 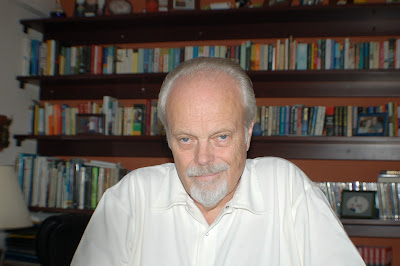 When the two cultures collided in the 1990s and the old Communist countries, allegedly, became democratized, the silly games began. But, the recently disenfranchised Communist Apparatchiks - spy’s and spooks - needed a new master even though they were very good at playing silly games, or even deadly ones. As in Luigi Pirendello’s play “Six Characters in Search of an Author,” these stalwart commie characters went in search for a new master and conveniently found it, thriving in the world of crime.
Having connived with each other for years – brow beating, bribing and bullying –they had little difficulty in bending the rules. By evading tax, enjoying the wonders of offshore banking and making a fortune of their own; twenty five years on, this has now become the reality of our New World, although these days, you can also add Al Quada and ISIL, into the mix.
From what I have written so far, you can well see how it is that, with all this jiggery-pokery going on, the fear we all experience in Europe - of Al Quada and terrorism in general - is profound. As most Americans have discovered, in the light of the 9/11 tragedy in the US, all these international criminals, fit nicely into the murder mystery genre, for that is what they are!. Baffling the reader, challenging them to understand Islamic extremism, the vacuum left by Communism and the Soviet Union, might be construed as a blight on their private leisure time, but I totally disagree.
We are all sick of the daily news and the media neurosis it causes, because we all know what to expect and generally try to ignore it. Begging the question:
‘How does a TV or newspaper journalist explain, to the general public, with any clarity, how the world works and the pain it inflicts on us all?’
The answer is, with great difficulty!
In my new novel, ‘The Dance of Dimitrios,’ I try to mix some of the horrors of illegal immigration, with everyday things. DCI Mike Lambert, knows about people trafficking and the problems it is causing many governments throughout the world, because, Greece is the gateway from the Middle East, for countless migrants, political refugees and terrorists.
He works for Europol, which is the European equivalent of the FBI and has been sent to Greece, in order to solve a cold case, of a mistaken identity. It involves the discovery of the body of a woman, found floating in the River Ardas, in Northern Greece. Believed to be of Middle-Eastern origin, her body is buried in a communal grave, along with other Islamic victims of drowning and promptly forgotten.
It is one year on and her fingerprints, which were taken at the time of her autopsy, are run through the Europol computer.When it is revealed that she is actually an Englishwoman living in Greece, the British authorities inform the Foreign and Commonwealth Office who in turn inform Europol. Realizing that it probably means murder, DCI Lambert is dispatched from The Hague.
As it turns out, she is not an ordinary Englishwoman, but a well known writer, causing DCI Lambert to look for motives within the world of literature. As a retired war correspondent and an Arabic scholar, Lamberts attention is also drawn her previous life and loves, and further suspicion falls on her past life, in the Lebanon, Syria and Jordan.
This is only a taste of the story, because this essay is mainly about how the world deals with modern history. Are we as authors bound to ignore reality and follow the path set by Agatha Christie, Colin Dexter and Ruth Rendell or do we get in step with Robert Ludlam, Charles McCarry and Tom Clancy?
I for one, would become quite sleepy if I had to write about bodies in haystacks no matter how much fun that sounds. Shouting about, getting drunk and divorced is one thing, but is that how true detectives solve cases? Or, improbable endings, which come from nowhere and tiresome last minute admissions. No thanks, not for me!