IN THE NEWS - The Dance of Dimitrios by Patrick Brigham

Patrick Brigham is the award winning author of a number of mystery books and crime thrillers. His most recent work brings terrorism, illegal immigration and murder together in a tale featuring an English detective 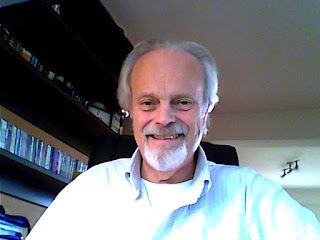 DCI Lambert, who works for Europol, is sent to Greece in order to solve a cold case. Greece is the gateway into Europe for Middle-Eastern migrants, political refugees and terrorists. In the storyline, a woman's body found floating in a river in Northern Greece. Believed to be of Middle-Eastern origin, she is buried in a communal grave along with other Islamic victims of drowning and promptly forgotten. Surprisingly it is found that she is actually Marjory Braithwaite, an Englishwoman who has been living for some years in Greece. The British government turns to Europol for help and DCI Lambert is dispatched to Greece.

Good books on the subject of international crime are few and far between, especially mystery stories which delve into the shady side of politics. Not many mystery novelists are prepared to address arms dealing, money laundering or people trafficking. Patrick Brigham has lived in the middle of the situations he describes in his novels, as he was the Editor in Chief of The Sofia Western News, the first English Language news magazine in Bulgaria. 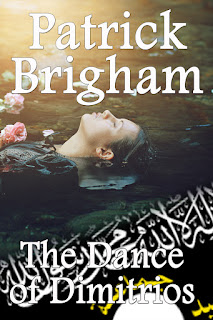 As a journalist Brigham knew the political players and witnessed the changes in this once hard core communist country, He knew the Communist Dictator Todor Zhivkov and his successors Zhelev and Stoyanov. Today he brings the flavor of those experiences to readers through engaging works of crime fiction.

Patrick-Brigham-Cover"What seems to be a story to some, has been very real to me, as I watched reality unfold before me, and whilst governments turned a blind eye to the issue of illegal immigration," Brigham stated. "Now firmly in the media each day, back in the early 2,000s most illegal immigrants, either crept under the media radar or were ignored by the majority of self serving EU politicians. Some tried to use their public positions and scanty information to further their own trite ambitions, but mostly they ignored the problem altogether. Now that the dripping tap has become a torrent, they all sound so knowledgeable - after the event of course - but still remain unquestionably ignorant."

"I write books about this and many other often unpalatable subjects, but I surround these thorny issues with good murder mystery stories - familiar territory to most readers - but with a backdrop of political intrigue, and true crime. DCI Mike Lambert is more than your average tired and disillusioned policeman, because of the way he thinks and takes his own council. He believes in teamwork, but is also busy looking out for himself - a loose cannon perhaps - but always true to himself. In 'The Dance of Dimitrios,' we see a dedicated copper doing his job, but also a man on the cusp, looking for love and romance and finding it; something which he has never really experienced' in a lifetime of police service."

Readers have praised his novels. One stated, "I am an ex cop - he must of done a lot of research to get so many things right. I felt when reading 'Abduction' that Patrick was relating an investigation, he actually carried out." Another said, "'Abduction - An Angel Over Rimini' is an entertaining, gripping, and also an astonishing Europol procedural read, making you want to read more. I was drawn into the story right away. I felt close to Michael Lambert and his way of analysing and detecting. All relevant characters became pretty real. 'Abduction - An Angel Over Rimini' is a good read for mystery fans, readers who like surprises, and apparent coincidences."

Patrick has been a writer and journalist for many years. He has published many short stories, newspaper and magazine articles. Born in the English Home Counties, he attended Public School and College before moving to London and embarking on his career. Having spent the last twenty years in South Eastern Europe, many of his stories are set in this part of the world as well as in Oxford, Hampshire and Berkshire. As the Editor in Chief of the first English Language news magazine in Sofia Bulgaria, between 1995 and 2000 - and as a journalist - he witnessed the changes in this once hard core Communist Country and personally knew most of the political players, including the old Dictator Todor Zhivkov and his successors Zhelev and Stoyanov.