20 Years on, Michael Kapoustin and Life Choice - By Patrick Brigham

‘Letters to My Son,’ is an autobiographical account of Michael Kapoustins life in Bulgaria. In it, he describes his time spent in solitary confinement in a Bulgarian prison as brutal. He reveals how - although he was allowed to write letters – the letters he wrote to his son Nick, were somehow never sent. Kept on remand for five years, it was not until his trial that these letters were finally released to his family. Arrested in 1996, he did not appear in Sofia City Court, until 2001. 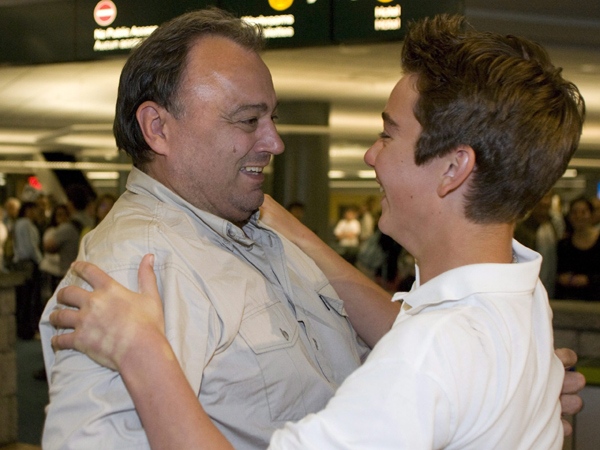 Michael Kapoustin with his son Nick

The reason for such a prolonged delay in his trial remains unexplained; even to this day. But he seems sanguine, and almost forgiving for the treatment he received at the hands of the Bulgarian authorities; the shortcomings of which, he puts down to a totally floored Bulgarian legal system, a catastrophic banking system, and clearly, to protracted xenophobia. Michael Kapoustin, born in Yugoslavia, is a Canadian national, and holds a Canadian passport.

That he should have been sentenced so harshly - for his misappropriation of some $4 million USD - to a term of 23 years in a primitive post communist Bulgarian jail, also seems absurd by todays standards. In the late 90s, when certain home grown Sofia bankers - having stolen vastly greater sums from their investors – freely walked the streets of the Bulgarian capital, with a smile on their face, it must have been extremely galling for Kapoustin, as he faced another day in prison. But, why did he become such a forgotten man?

The hypocrisy, double standards, and the resulting chaos in the Bulgarian banking world was the reason. The mid 90s banking crisis successfully served to mask the relatively minor appropriation of funds from Life Choice International - his pyramid organization - which for some time dominated Sofia life. Regarded by many as a magical way of saving and making money, like all pyramid schemes, it was doomed to fail.

Treating Life Choice International as a private finance house, proved to be Kapoustins undoing. Displaying signs of naivety, he began by investing in tropical pharmaceuticals and research - thus giving Life Choice International a sense of respectability – which was good. But, investing in a rather odd mobile crude oil waste petrochemical plant, designed to be used to dispose of huge black and grey water lagoons, proved to be a big mistake.

Although, it had obvious potential - like many of Kapoustins projects - it came up against serendipity, stupidity, and alas, the Bulgarian mentality itself. But, who knows if his investments would have succeeded, had he been given a little more time?

In the then virgin Bulgarian financial marketplace, he was regrettably bound to fail, and this and other unorthodox projects ultimately contributed to his downfall. But, why did people invest in Life Choice International in the first place? Clearly they simply did not trust the Bulgarian government, or their banks in particular. I lost my money on three occasions, with dodgy Bulgarian banks, so I will personally vouch for this fact!

In a report produced for The University of Michigan by the William Davidson Institute, they made the situation in Bulgaria quite clear -“Chronologically, the first wave of the crisis came from the banking system when at the end of May 1996 BNB [The Bulgarian Central Bank] took 5 commercial banks, 3 of which were private, under conservatorship. The attack on the banks was triggered by depositors’ expectations that their foreign deposits would be confiscated or frozen by the government in order to allow it to meet its interest payments on the external debt due in July (there were several indications that the government could do so). The fact that Bulgaria had no agreement with the International Monetary Fund (IMF) in 1996, reinforced this fear. The deposits from the bankrupt banks were transferred to the sound ones and at the same time a Law for Bank Deposit Guarantee passed the Parliament. According to this law, the government had to repay the full amount of individuals' deposits with bankrupt banks, and 50 percent of enterprises’ deposits. At first, individuals were allowed to draw their deposits in BGN [the domestic money] before the court declared its decision on closed banks (withdrawals of foreign currency deposits were in portions). The money withdrawn was quickly directed to the foreign currency market where BGN got under pressure. Later on, this permission was abolished and BGN deposits were also blocked. Altogether, throughout 1996 depositors lost more than 50 percent of their savings.”

In the end Michael Kapoustin was released, but not until a ransom was paid. After 12 years of imprisonment and numerous beatings, he was finally freed from prison, but then transferred to a holding centre for illegal immigrants, where he was held until a sizable civil debt was settled.

Following the news of Kapoustin's release in 2008, CBC News published an interview with his Toronto-based lawyer, Dean Petroff, who said that the Bulgarian government wouldn’t let Kapoustin leave the country, until he payed what was described as a civil debt, of between $17 000 and $30 000.

Petroff said – “We are in negotiations for his ultimate freedom. He has to pay what he calls a bogus payment. We fear for his freedom and his life, just as we did in the past. He feels completely under duress, because he can't get home to his family unless he negotiates this ransom money." But, in the end it was paid somehow, the Canadian Government intervened, and he was finally freed. 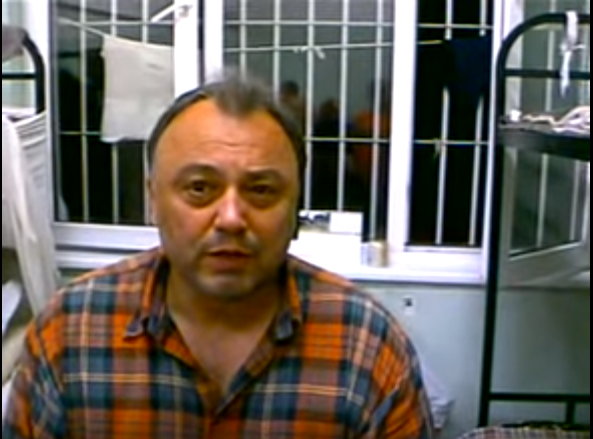 I don’t expect you to feel sorry for Michael Kapoustin, however you view him – he is a born survivor, and happily takes his own council - but I do expect you to reflect on his trauma; that he was held in solitary confinement for many years – allegedly for his own safety - on death row, in a prison cell next to the onetime place of execution, and the hangman’s noose.

I do, however, expect you to understand how he feels, his memories, and how his autobiography ‘Letters to My Son’- although it might have had a profound cathartic effect on him - might also have encouraged him to reveal some of the hidden truths, bitter memories of his accusers, and finally, the politicians and the corrupt officials, all of whom helped to serve in his downfall.

Letters to My Son, by Michael Kapoustin, will be published by Amazon Kindle, during spring 2017.