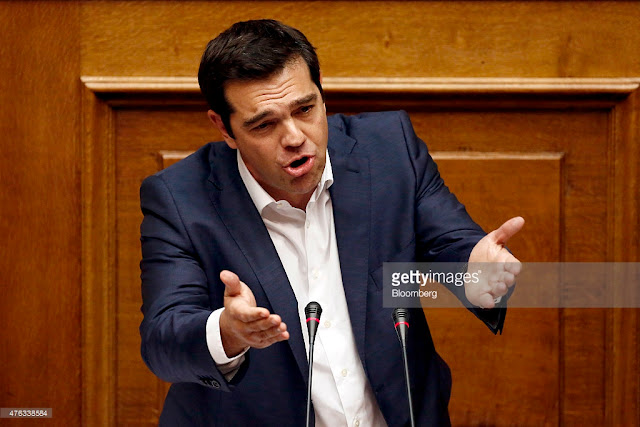 Alex Tsipras was born in Athens in 1974. He joined the Communist Youth of Greece in the late 1980s and in the 1990s was politically active in student protests against education reform plans, becoming the movement's spokesperson. He studied civil engineering at the National Technical University of Athens, graduating in 2000, and later undertook post-graduate studies in urban and regional planning. He claims he has worked as a civil engineer in the construction industry, based primarily in Athens. 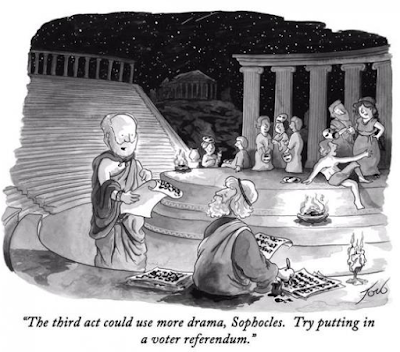 From 1999 to 2003, Tsipras served as the secretary of Synaspismos Youth, was elected as a member of the Central Committee of Synapismos in 2004, and later he entered the Political Secretariat. In the 2006 local election, he ran as Syriza’s candidate for Mayor of Athens, winning a reasonable 10.5% of the votes cast. In 2008, he was elected as leader of Syriza, succeeding Alekos Alavanos, and was first elected to the Greek Parliament, representing Athens A, in the 2009 election. He was re-elected in May, and in June 2012, he became leader of the opposition, appointing his own shadow cabinet.

In January 2015, Tsipras led Syriza to victory in a snap election, winning 149 out of 300 seats in the Greek Parliament, and formed a coalition with the Independent Greeks. On the 20th August 2015, seven months into his term as Prime Minister, he lost his majority, and after various defections, Tsipras announced his resignation, but called for a snap election to take place the following month. In the election that followed, Tsipras led Syriza to another victory; winning 145 out of 300 seats, and re-formed the coalition with the Independent Greeks. As Prime Minister, he has overseen negotiations regarding the famous debt crisis, initiated the bailout and has largely managed to control the Middle East migrant crisis. In 2015 he was voted by Time Magazine as one of the 100 most influential people in the world. So, who is he?

Tsipras is a political animal, and has always been so. As a university student, he joined the ranks of the renascent left-wing movement, particularly the Enceladus group, and as a member, he was elected to the executive board of the students' union, at the Civil Engineering School he attended. He also served as student representative on the University Senate, and from 1995 to 1997, he was an elected member of the Central Council of the National Students Union of Greece.

I don’t suppose for one moment he has been much of a Civil Engineer, other than in a fall back position, if all his political ambitions fail. But in common with many other politicians from all parties and in all countries, he has started his political career, well heeled and well fed. 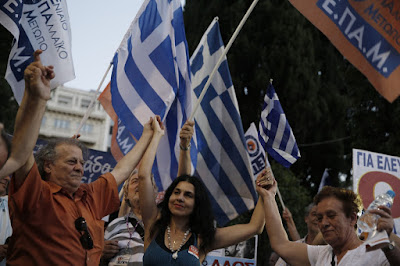 According to Katerinna Prifti from the Huffington Post, ‘Some in politics would say Tsipras is a “sprinter,” since he managed to accomplish - in a short period of time - what others have worked for their entire lives. While the economic crisis and the indignation of the Greek people have been an important factor in Tsipras’ rise, and with the success of Syriza, the Greek Parliament’s youngest party leader has distinguished himself on the political scene early on. Even today, his political opponents belligerently bring up his political actions as a “kid.”’

Tsipras is not married. His registered partner is Peristera "Betty" Batziana, an electrical and computer engineer. They met in 1987, at the age of 13, at the Ampelokipoi Branch High School, and both eventually became members of the Communist Youth of Greece. They live together in Athens, with their two sons, their youngest son's middle name being Ernesto; in tribute to Che Geuvara. He is an avid football fan and, having grown up near the stadium, he supports Panathinaikps, attending every home game when possible.

Tsipras is a self-confessed atheist, making him - at the time of his swearing-in -among the three publicly recognized atheist within the heads of government in the EU. When you boil all this down, it makes Alex Tsipras seems almost an enigma, within an enigma, to most, and not – as far as the European Union is concerned – a dream, within a dream. 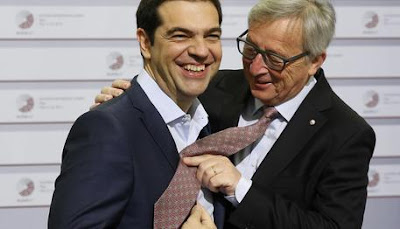 His relationship with Jean-Claude Junker, for me at least, is the most telling one, certainly judging by their personal chemistry. In an interview with Der Spiegel reporter, Peter Muller, Junker announced quite clearly, that he didn’t understand Tsipras, making their early romance perhaps a little confusing. In his interview, Junker obviously found the rebuttal of his offer of friendship, with the Greek Premier, a little disquieting.

As William Shakespeare once so eloquently said: ‘"Heaven has no rage like love to hatred turned, nor hell a fury like a woman scorned," But jean-Claude Junker was very clear in his reaction -

“There are two types of friendship. The first is rooted in goodwill, of the kind I feel for Mr. Tsipras. The second -- true friendship -- is much rarer, because it must first overcome obstacles and grow. No, my relationship with Mr. Tsipras is, for the time being, a friendship in accordance with the word's first definition. Only later will it become clear if a real friendship will grow out of that. I will, however, acknowledge that the trust I placed in him is not always returned in equal measure.

“One should never take personally the relationships between representatives and institutions. We are here, to work for the people. On the other hand, politics cannot function without reliable personal relationships. With all due respect to the new Greek government, one has to point out that some of its representatives came into office without being adequately prepared for the tasks awaiting them.

“European politics is not a card game where there is a winner and a loser at the end. On the contrary: Either everyone wins, or everyone loses. That is why it is absolutely essential that the Greek government move as quickly as it can.

“Had I said at the beginning of the negotiations that a Grexit was an option, it would have unleashed a wave of speculation on the financial markets. Apparently, there are some in the Greek government who have misunderstood and believe that there is someone in Europe who can pull a rabbit out of the hat in the end. But that is not the case.

“I have warned Mr. Tsipras many times he shouldn't depend on me being able to prevent a failure of the talks if that isn't desired by the other side. We should do everything we can to prevent a Grexit, but to do so, both sides must exert themselves. In the end, I would prefer the rabbit to bear the Greek national colours.

“It bothers me that the Tsipras government acts as though we in the European Commission are austerity fanatics who are crushing the dignity of the Greek people underfoot. I am upset that the Greek government acts as though the Commission is seeking a higher sales tax on electricity, to mention one example. I have told Mr. Tsipras many times that I am open to other suggestions if they result in the same revenues. Instead of complaining about the Commission, Mr. Tsipras could one day tell Greeks that I have offered a €35 billion investment program for the years 2015 to 2020 to stimulate growth in his country. I haven't heard anything about that.”

Well, from friendship to despair, austerity is now up most in the minds of those who live, these days, here in Little Greece; despite Mr. Junkers pronouncements and bluster. Hopefully his persona will change, when he meets across a table with certain Brexiteers, but I rather doubt that, don’t you? I think that revenge is on the table.

ALL MY BOOKS ARE AVAILABLE ON LINE