HOW TO BURY THE BREXIT – by Patrick Brigham 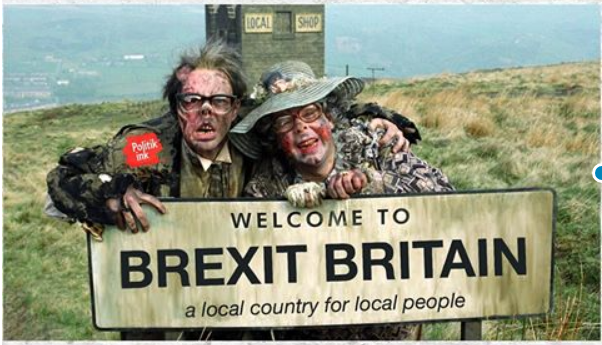 On To The Next Book - by Patrick Brigham 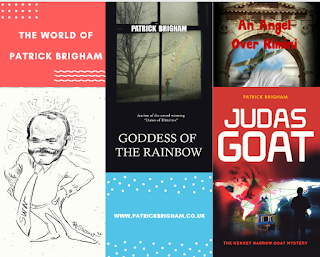 Autumn is over in Northern Greece, the signs of winter are approaching, and I now have to light my pellet stove in the evening, to keep warm. But that is not the only change, because once again as an author, I am moving away from my usual murder mystery genre with another stand-alone novel, and into the realms of literary fiction. Why the change, I should explain?
I had a life before moving to South-Eastern Europe, and I had a life before I moved to London in the 70s. In fact, when I seriously started writing in the late 80s, I believed that the past was all there was. My then warts and all novel was to be about my early life, a rather haphazard marriage, the tragedy of an early divorce, the consequence of near bankruptcy, and my ultimate comeback.
As a young man, it was hard enough for me to deal with all these problems then, but later on it became even harder for me to write about it; I was still far too close. This all happened nearly forty years ago, well before my first attempted at this cathartic novel, which I fondly imagined was going to knock the world of publishing dead. But then I put it away, filed it under the past, and then promptly forgot about it.

Recently opening a bulging box file, having first removed the dust and cobwebs, I rediscovered the early attempt of my great novel, only to find that – far from being cathartic and serious – it was rather funny. From the typed foxed pages, there seemed to be a very little tragedy in my early life, just change. Through the consoling prism of maturity, it now transpires that things that once hurt me, now only amuse me. ‘Did that really happen? What a fool I must have been?’


What was good, was to rediscover strong characterization, and even a good plot. After all, it was my fictionalized history, so there must have an element of truth in it, although, my warts and all prospectus seemed very little like the new me. Perhaps, after all,  the book is about misplaced ambition, youthful endeavour, romantic fantasy, jealousy, rage and intrigue? Or maybe, it is a book that explains how we all feel when we are young, fall in love and make mistakes. I will ask you again in a few months time when it is finished!
at November 13, 2018 No comments: