When did you write this book?

Over a period of time. The first two chapters were written in Sofia, when I was trying to get back to some serious writing, after I closed down the Sofia Western News magazine. Then there was a gap, during which time I went back into business as a contractor in the burgeoning telecommunications industry in Bulgaria. Ten years later, I completed Judas Goat - The Kennet narrow Boat Mystery, in three months here in Greece.

Where did your characters come from?

They were all around me in Eastern Europe, together with the attendant conspiracy theories and the 'passed over' Majors of Communism. Of course there were plenty of characters to choose from, including the old Communist Dictator Todor Zhivkov himself, who I interviewed on three separate occasions. He had never once spoken to an English journalist during his years in power, because of an ongoing dispute between the British Government and Bulgaria, concerning the assassination of the Bulgarian dissident George Markov. This was carried out in broad daylight in the streets of London.
There were of course a number of other 'passed over' Majors, mainly within the foreign community in Sofia at that time, and I admit that some of them appear occasionally in my writing, but only in a humorous role. I believe many of them still live in Sofia - after all these years - although some have become dreadfully fossilized.

Many readers want to know which writers have influenced me, and what my favorite reading may be?

Time passes and what was good yesterday, does not always sustain, and so I find it difficult sometimes to pick up a book from the past. But, John Le Carre still holds my attention as do Ian McEwan, Saul Below and even the puerile wittering's of J. D. Salinger offer some amusement, when I am in the mood. As a writer and playwright I will always love John Mortimer and his wonderful legal hack, Rumpole of The Old Bailey.

I was once asked if I thought writing was a blessing or a curse?

Good question, because in the end it is both. A good writer has to have a good memory by definition, which tends to be non-selective. That is the problem, because if you have a good memory, you are bound to remember the good with the bad, the latter bringing on great swaths of regret and remorse.
at August 29, 2013 No comments:

When I am asked what it is I am proud of in this new publication, I often have to sit and think.

I am proud of the public exposure and the reality of arms trading which I have been able to reveal, in my new novel Judas Goat - The Kennet Narrow Boat Mystery, but I am also pleased that the story - as it progresses - does not dehumanize our Thames Valley detective, Chief Inspector Michael Lambert. Throughout this investigation he somehow retains his self respect and dignity, despite the deception with which he is constantly faced, and the practiced lies which surround him. To find out more, visit my website and see what is on offer:-

Albion Balkan Choice have cheap houses for sale in Greece and Bulgaria have a look at www.albionbalkanchoice.com
at August 28, 2013 No comments:

Recently introduced to the market as Property Consultants Albion Balkan Choice specializes in South Eastern Europe and the Balkans, with a strong presence in Thrace. The Evros region in Greece and Turkey and the Maritza area of Bulgaria, are truly places of natural beauty with wildlife you can only hope to see on Discovery TV.

Having recently started to come out of a recession Greece, is now a good place to buy property and to invest into a region which has been hardly touched. Properties here are now much better priced, and the people of the Thracian regions are welcoming and helpful. Have a look at our website:-

www.albionbalkanchoice.com
at August 27, 2013 No comments: 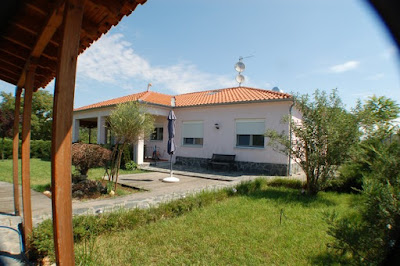 Albion Balkan Choice is a new firm of Property Consultants which operate in the Thracian region. Thrace is an area which is partly in Bulgaria, Turkey and of course in Greece itself.
Due to the general recession in South Eastern Europe property transactions have been down in recent years, but recently because of an upsurge of interest especially in Great Britain - due not only to an increase in property prices in the English South East, but also because of the various 'Baby Boomers' currently reaching retirement age - things are looking up!
Whilst this is happening in the north of Europe, property prices have been dropping in South Eastern Europe, which means that a whole new tranche of would be buyers are looking to Greece and Bulgaria to fulfill their dream of finally becoming a 'lotus eater,' and sitting in the sun.
You may be surprised at what you buy these days and for how much? So have a look at the following website and think of a never ending holiday in beautiful Evros - the Greek National Park and its surrounds.

http://www.albionbalkanchoice.com
at August 26, 2013 No comments:

All authors are rightly concerned with writing a page turner, but Judas Goat - The Kennet Narrow Boat Mystery, not only challenges our concept of right or wrong but also helps the reader to understand - how and by whom - the filthy trade of arms dealing is conducted. By carefully investigating what at first sight seems to be a provincial murder - and as the story progresses - our erstwhile Reading policeman Detective Chief Inspector Michael Lambert, is confronted by levels of duplicity unknown to him before in his career as a senior detective at The Thames Valley Police Authority.

I don't really think of a genre when I am writing, because I am more than happy to be me!

I suppose I fit in somewhere between John Le Carre or Graham Green and more modern writers such as Robert Ludlum. Because I write in the English way, my style of writing obviously touches old favorites like Colin Dexter (Morse) and P.D.James (Adam Dalgliesh).

The Cold War and Communism has largely been put on the 'back burner' by novelists these days, because new social threats have emerged. Clearly drugs and money laundering have helped to sustain international arms trading, and organizations such as FARC have become well armed, due to the immense wealth accumulated from the sale of cocaine in America and elsewhere. However, there are still a few Cold War veterans to be found lurking in the background, who continue to carry out their filthy arms trade, a fact which puts many innocent lives at risk around the globe. Thank goodness organizations such as SIPRI exist, in order to keep an eye on this burgeoning threat!

Murder Mystery: Herodotus - The Gnome of Sofia, by Patrick Brigham

You may remember that I lived for many years in Bulgaria, where I owned and published the Sofia Western News. It was the first news magazine in English and had a monthly distribution of six thousand copies.

During that time, I came across many stories which were often stranger than fiction.This was true of most ex-Soviet client countries through which - due to a chronic shortage of cash in post Perestroika Eastern Europe -  the arms market was becoming flooded with large amounts of dangerous weapons, for sale to the highest bidder. This did not escape my attention, and many others who were engaged in the diplomatic community.

Detective Chief Inspector Michael Lambert is quite an astute policeman, and having grown up during the Cold War, his life experience has led him to understand the levels of intrigue that existed at the time. Consequently, he is able to unravel a complicated plot - of course - with the help of my readers!
at August 23, 2013 No comments:

When people ask me who are my readers, I often have to sit and think for a bit:-
Like most writers, I suppose I write with a very special reader in mind. I know that most young people have been programmed by TV and action movies, and therefore do not have the attention span or patience to allow a methodical detective to unravel a crime.
With Judas Goat - The Kennet Narrow Boat Mystery, I see my readers as being more thoughtful and imaginative, and with no gender bias at all. This is because - in essence - this book is not particularly violent, and the character of the detective Chief Inspector Michael Lambert seldom becomes over angry, and therefore he might be better described as a man who thinks with his head, and not with his mouth!
at August 22, 2013 No comments:

When people ask me about my writing, I am often a little hesitant, because I usually write in a 'stream of consciousness,' which is not always easily explainable to the reader or layman. So let me start at the beginning of this story, and take you through it as I wrote it:-

It is 2001 when my story begins and like any other good murder mystery, it starts with the discovery of a dead body. On this occasion the dead man is discovered on a beautiful Narrow Boat on the Kennet and Avon Canal near Reading. Set in the unique and tranquil surroundings of the English countryside, this is where the similarity to any other murder comes to an end. This is because the mystery is about the victims identity and not about the method of killing - which is bizarre enough - because this alone can be easily explained by a competent forensic pathologist.

The police detective Chief Inspector Michael Lambert - a jazz loving classic car enthusiast - believes that he has discovered one important clue which might identify the victim, and such is his confidence in this discovery, that he follows it up with a trip to Bulgaria!