Foreign Muck - How Can you Eat It? By Patrick Brigham 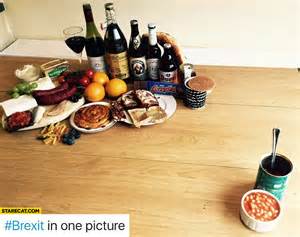 There was a ‘Round Our Ken’ comedy sketch on radio, many years ago, with Kenneth Williams and Betty Marsden. Ken plays a typical British dinosaur, who is sitting in a restaurant, complaining that there is no English food on the menu.

“I’m not going to eat this,’ he announces loudly, ‘its all foreign muck. Haven’t they got anything English?’

With the waiters help, he desperately trolls through the menu, looking for some familiar dish he might like – spaghetti bolognese, cock-au-vin, steak-au-poivre, French fries, or American hamburger –all apparently unsuited to this fossilized Englishman's gastronomic tastes. Finally, in exasperation, he loudly announces -

‘That’s it, I’m not eating any of this foreign muck, I will just have a nice cup of English tea.’ To which the waiter replies-

I actually knew people like that, and although it is hard to believe - when one considers Britains alleged multicultural society – even these days, it continues to be the case in some parts of the country. But, where does this aberration of Englishness stem from, and how has this theme manifested itself into the form of institutionalized nationalism?

These days, we are awaiting certain final Brexit decisions, and it is now on the cards that no work permit will mean no job. Not exactly hugely different from the Cameron pre Brexit deal with the EU, it somehow seems much fairer - in certain aspects - because it offers a level playing field to members of the Commonwealth, and the various remaining British protectorates and dominions around the world.

Good, but with accepted EU educational levels and the ease by which an individual, from lets say Prague or Sofia, can travel to the UK - as a holidaymaker on Wizzair or Ryanair - and go for an interview to a prospective employer, there seems to be little difference, and all would practically be as before. So, no big changes there then, and that takes care of the bloody foreigners? Or, does it?

Well, it does not take care of rising cases of British racialism, burgeoning nationalism, nor the obnoxious and pernicious mendacity of the press, which fuels this hatred of foreigners. The recent street violence, and undeniable scorn which has recently been bestowed on foreigners - on the streets of Middle England - is proof enough for me. But, what is it that promotes xenophobia; other than ignorance and the blatant paranoia caused by the British media, and especially, the downmarket yellow press? Is it the fear of certain job losses, or of loosing ones national identity?

Many years ago, most travellers were essentially wealthy middle class or feckless Aristo’s. They often took long prewar European journeys – remember the film The Yellow Rolls Royce – and the Royal Tour as far south as Athens, or Istanbul? They might have been regarded as somewhat insular - by their assorted European hosts – but nevertheless, they harmlessly kept themselves to themselves, spent their money, and then drove back to Mayfair. 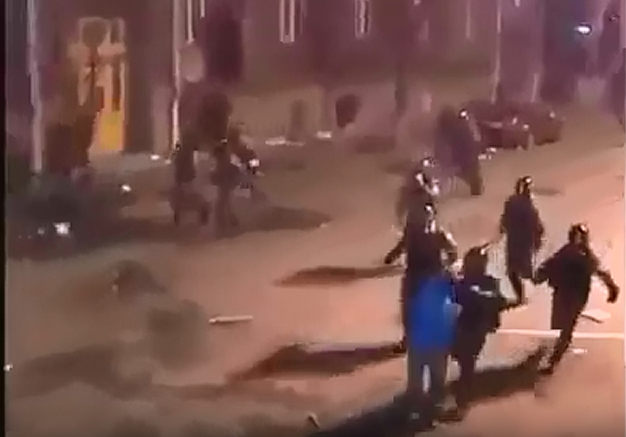 French Police Dealing With British Yobs – no mercy there! CLICK


The present day British holiday maker is much the same, although travel is now for the many, and not just the few. But, there are a few British travellers, which our European neighbours are not so pleased to see. That is the British yob. Football yobs, Black Sea yobs, Costa Brava yobs, Saturday night yobs; it seems that the British yob, has the EU at his feet with very little competition from anyone else in the world!

Maybe this is the fault of the EU itself? Perhaps, over the centuries, the British yob has always existed, but due to the peaceful nature of Europe, they have only recently multiplied out of all proportion? In the days of conscription, most of the 18 year olds in Britain, would have had two hard years of discipline in the armed forces. A good dose of square bashing twice a day, usually did the trick, but here I am leaving out one of the less attractive points in the debate, because – before the EU arrived on the scene – there were wars. Wars which obliterated the lives of many of our brave young men and women.

Dying in futile combat at the Battle of the Somme, in France; charging the guns of Monte Cassino, in Italy; fighting Romel, in the North African desert, or savaged on the beaches of Dunkirk. The story of our brave and indomitable British soldiers, airman and sailors, is legion. But it is a story, which in the telling describes whole generations of British youth being lost – often quite needlessly - on the field of battle. Well, the EU stopped all that, didn’t it, or am I wrong?

The EU also confronted Eastern Europe – not only with a combined and motivated economic border – but it offered an opportunity for change, and a chance to get away from the old Soviet Block, Corecom, Communism, and the futility of the one party system. So there are a lot of good things which can be said about the EU, but not by the majority of Breviteers.

Now that the UK is finally observed departing the EU – and leaving it in some disarray, mainly caused by the Brexit itself – we unfortunately can also see the petty bourgeoisie of Great Britain, rubbing their hands together, in anticipation of a few extra penny’s. Proclaiming that they are regaining control of their country, the ‘greatness’ in Britain, is fast disappearing into obscurity. It seems that they have forgotten the 70 years of peace in Europe, the continuity of being a part of a large political block, and Brexiteers are now left with the aforementioned surfeit of British yobs!

Lets hope that all the incoming investment, promised by the G20, will create masses of jobs for the yobs, with plenty of unskilled employment in order to keep them off the streets. Either that, or funds to build a few more prisons.

Now, where are those well educated Bulgarians and Poles?

If youre foodie, then it would not be much problem for you.
cheap airport parking
compare gatwick parking