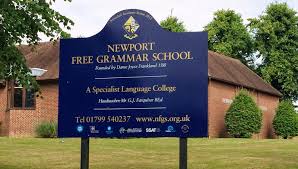 They have been around for some time

I was amazed this week to hear a NUT pundit qualify the value of grammar schools, in terms of free lunches. Using this statistic, as a yardstick to determine the numbers of underprivileged children attending grammar schools, to me at least, it demonstrated the blasé view that many educators take. Explaining how and why grammar schools are a waste of space, as far as I am concerned, they all seem to be out to lunch!

However distorted their views might seem to be, I can at least remember when going to a grammar school was a great social leveller, and regarded by most, as an unbelievable opportunity for young people to improve their lives, as well as their social mobility. Perhaps my views are a little arcane, in this day and age, but at least, I can write from experience.

Post World War Two expectations for most, were a considerable disappointment, and surviving such a momentous victory – whilst carrying a national debt of some 40 billion GBP – it was a bad time for most. An inglorious prize for the many returning service men and women - with rationing, unemployment and scanty hope for the future - many, quite rightly, put their faith in education. The Atlee Labour government of the day, faced with a country in ruins, tinkered with education; with the introduction of comprehensive schools, but still the choices were very limited, and very much a part of the prevailing class system.

At the time, and tipping all reason on its head, the middle classes and the landed gentry, were not greatly impressed by education, unless it involved knowing which knife and fork to pick up, to behave in a confident gentlemanly manner, and to speak in a certain way, although, importance was placed on character building, self reliance, and leadership qualities as well. The object of the private school system (also known rather confusingly as the Public School system) was that one's offspring mixed with pupils of a similar background, all of whom enjoyed country pursuits, and certain sporting activities.

Well, I went to one of those places, firstly to a prep school – where I was a boarder – and then to a private school, where I was also a boarder. One of the privileged few, you might say, but in post war Britain, many such schools were abysmal - with standards of education that barely matched the criteria of the then Ministry of Education - conditions in which had not changed since the times of Dickens, and were little better than an Approved School, or even an orphanage.

One day, in the 1990s, when I was visiting an orphanage in Bulgaria, the man who took me round told me what to expect. The conditions were apparently below any standard one might expect in the West, that I was to ignore that, and to understand how Bulgaria was underdeveloped, and under resourced. Well, it looked a lot nicer than my two boarding schools, and the food seemed better than the muck they served up at my, so called Public School, although in the 90s, standards had changed everywhere, and post war Britain remained a thing of the past.

At my private school, I was top of the class in practically anything you can think of, and even presented to the school – by the headmaster - as a shining example of the excellence of the private school education system. Quite a triumph, you might think? But, I knew it simply couldn’t be true, and looked around for some evidence to support my somewhat jaundiced view. Were the other pupils thick in the head, were the school masters third rate, or was the school syllabus determined by some obscure university somewhere in the wilds of Yorkshire or Wales? Or, was I there, because it was cheap?

More importantly, why were my accolades so uncomfortable to bare, or was it partly to do, with all of these things, put together? I wrote to my old mum and said that I wanted to leave – in any case I was having problems with a rather frustrated under matron, and consequently the headmaster – and by then, as head boy, I thought it was time to go, before I went on to take my A Levels. And so I left this wonderful character building institution, and returned once more to the real world.

A family friend – who was on the local education committee – got me a place at the local grammar school, and after the usual Palava of buying a new blazer and tie – all the other baggy grey flannel sartorial accoutrements were largely intact from before - and finally the great day arrived when, as a day boy, I took the bus and train to school, much as the rest of the normal world was expected to do.

Wow! Can you imagine going from school genius, to the school dunce, in one week? Being right about my ex private school, was no consolation to me, because I suddenly found myself in a different world – of clever, well motivated and clear minded students – plus a number of very bright, well intentioned, and talented school teachers; all of whom viewed me with scorn, and who resented my presence there in their precious grammar school, almost as much as I regretted having gone there!

At first I couldn't quite see why I was so despised. I dealt with the usual school playground baiting and bullying attempts, and the usual isolation in my stride, and short of the odd punch up, I held my own and tried to fade into the background. But then It occurred to me. It wasn’t so much that I was seen as a privileged, toffee nosed ex public schoolboy, but it was that I had taken a school place away from someone far more deserving; far less privileged - perhaps the son of a hard working and more deserving family - whose offspring needed a leg up in the world, and a guaranteed trip to a university.

It was clearly a case of inverted snobbery and was, undoubtedly, politically motivated from top down and bottom up. But, whatever my reasons for being there – none of which were of any interest, to the school principals – I quickly did them all a big favour, and removed myself to an adult collage, together with a number of fellow numpty’s, who had experienced much the same problems as me elsewhere. Since when, the world of grammar school education, has rolled on unmentioned ever since, until today. So, what am I saying? 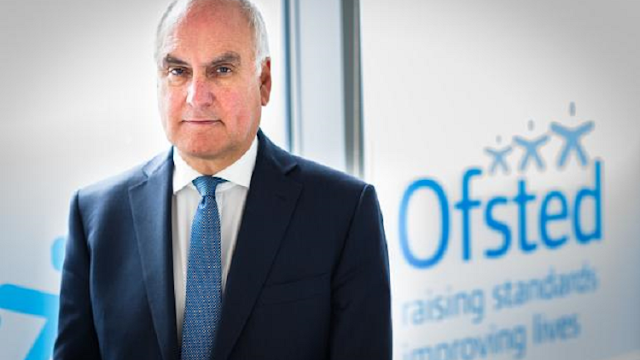 There is no doubt that government schools are generally manned by people with a socialist background, and are unlikely to accept people who drive around in limousines – hence their reluctance to accommodate yours truly, although I did have a rusty bicycle- and would be more likely to want to help a family struggling to survive on a typical salary.

Judging from conversations with teachers in the public sector, they would prefer excellence, to the dumbing down process - where everyone passes, and standards are consequently low - because they also judge their success by which university their students finally end up in. Oxbridge is a feather in everyone’s cap, and they too strive for excellence.

Finally, private education has generally improved, now the world needs MBA’s and business degrees. So, for a well rounded education at a price, the majority of private schools provide an acceptable level of education, with a likely future university entrance. With elite schools, like Eton or Harrow, the chances are that Oxbridge is achievable, but this is also so of a top grammar school graduate. And let's not knock the red brick universities, or colleges of further education, teacher training and even apprentice colleges; they all have a place in our world, and there are even avid Brexiteers, who occasionally need a plumber, even if they are Polish!