Is Greece At The Tipping Point? – By Patrick Brigham 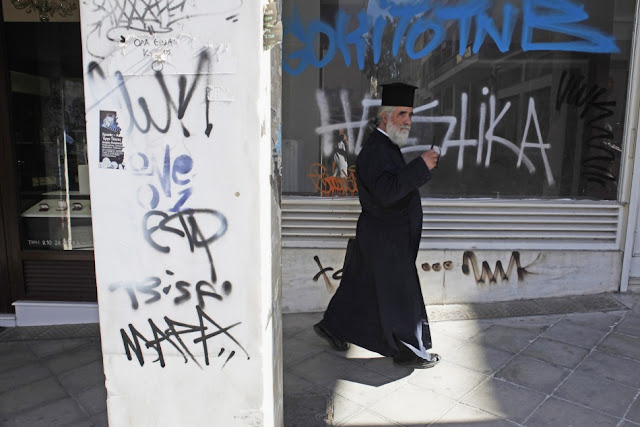 The very north of Greece might well be ‘The Yardstick’ by which we can measure the reality of living in a significantly indebted nation, whilst they enjoy a severe reality check. All this together with a boringly repetitious ticking off from the EU and the Germans, one wonders how one might characterize a country so often referred to in the past as ‘The basket case of Europe?’ But what is the truth?

Most of the verbiage seems to be coming from the memory sticks of mainly semi-recumbent hacks, whose laptops can be seen on the litter strewn desks of their ivory towers, in and about the capitals of the world. These well distanced reporters - who no doubt think Greece to be about Diogenes, Euripides or even Feta Cheese - generally believe that a country can be described in terms of cartoon clichés from the past, and the sound of smashing plates in some obscure Holland Park Greek Restaurant. A country visited more these days – generally for a two week hedonistic piss up in Mykonos – it seems to be turning the corner, according to some Brussels pundits and the Greek leaders themselves. But let us just look at the sequence of events from where I live in Northern Greece.

The pain started over five years ago in Orestiada, the second city of Evros. Evros is the name of the river that separates Greece from Turkey, running south to the Aegean and the north to Bulgaria, where it is called the Maritza. It was where the majority of illegal immigrants arrived – prior to the erection of a fence – but no longer, due to the presence of Frontex police officers. Before then, the Tallibani and many other Asian nationalities, were often seen trudging though the lanes of Evros, looking for help and the occasional handouts.

As you travel south from the Bulgarian border on the E95 towards Orestiada, you can see the city of Edirne on your left hand side across the river, with its many Minarets, Mosques and sprawling City buildings, pink and shining in the sun. It is here that the contrast between the two countries begins, and the story opens up our eyes, away from our media dominated world.

Sunday in Edirne – or Monday in the Islamic World - is lively and alive with activity everywhere. Amongst the many shops there are mountains of affordable, well designed clothes, stores stuffed with all manner of electrical goods and kitchenware, and so many restaurants, it often seems more like a holiday town. It is where you can eat anything you like, provided of course it is a Kebab!

By contrast and across the river, Orestiada it is practically dead, with rows of empty shops and very few people about, despite the fact that Sunday is traditionally a big day for the many Greek Orthodox Churches, for people walking the streets and Greek café life in general. Talk here is about the price of logs – we are coming up to Christmas - and the almost doubling in price of heating oil in recent times. The increase in VAT on food stuffs and the attendant hike in prices - generally unreasonably so – has left many unscrupulous food shops with a nice little earner.

It is now at least 1000 Euro or more to fill the oil tank for winter heating, so most people are practically numb with worry. Stuck to the telly, they are served up a diet of political waffle – there are about six Greek TV stations to choose from – from a bunch of talking heads whose only wish is simply to be on the box. With impossible ideas and multiple choice alternatives, little of it makes much sense under the present circumstances, and, how I wish these self opinionated foolish wind bags would just stop talking! But, aren’t we forgetting something?

The historical philosophy behind the EEC, EC, and finally the EU now seems to have been blotted out by us all recently, now that it is post Brexit, and everything appears to be about money, illegal immigration and dodgy economics. Once it was about war, domination, political intrigue and of course our friends, the Germans. However, like the Bulgarians and to some extent the Romanians, the lure of EU money has always been an imperative – along with being in a rather shaky NATO – and this was surely so with Greece in 1981, when they became the 10th member of the European Community.

Since then, the whole ethos of ‘Poor little Greece’ has changed, and up until recently we have seen a cabal of political elite – mostly devoid of shame – who have sucked the Greek banks dry with a look of total innocence that completely baffles even an old warhorse like me!Asked to define the difference between Bulgarians and Greeks, I was surprised to find more things in common than differences. Finally, it occurred to me that the difference was that Bulgarians wanted to do things, but couldn’t and that Greeks could do things, but didn’t want to! 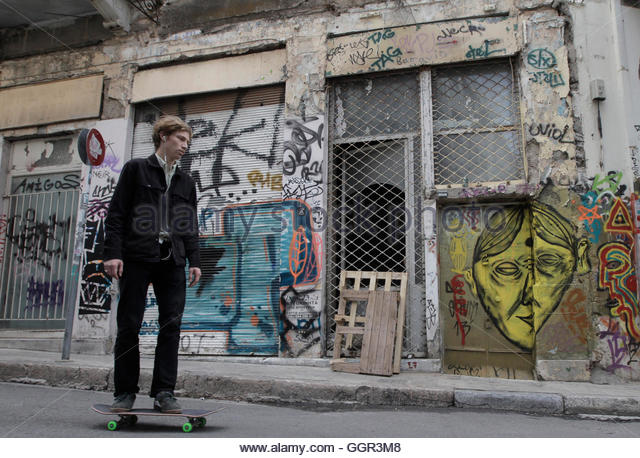 Maybe it is once more about an old stereotypical bon mot; the one about a Greek who goes into a revolving door last, but managing to come out first! However, this is no longer how Greeks define themselves, because unfortunately the revolving door has become somewhat jammed of late, and it is clear that there isn’t enough WD 40 to go round. So who are the Greeks and how do they see themselves?

Most Greeks would describe themselves as middle class. Even the guys who fix cars have always had a certain swagger about their self image, even more so these days as - for a substantial price - they valiantly keep certain aging vehicles on the road that would otherwise have been scrapped and replaced by a brand new version, care of an easy bank overdraft. But alas, this is no longer so, as Greece is once more a cash economy.

England was once described by Napoleon as a nation of shopkeepers – a bit of French humbug even then and something which equally applied to the French themselves – but that is how I would categorize Greece post 1981, because by then they had unquestionably become a nation of small shopkeepers. Aspiring to adopt the mantle of the affluent middle classes and more like Madam Bovary than Angela Merkel, modern Greeks have somehow managed to survive in the past, though a variety of unsubstantiated bank loans and a penchant for overcharging one another. Subscribing – often with glee – to a form of quasi socialism, they became heavily reliant on this very Greek concept, of the redistribution of wealth. Although, you might say, what is wrong with that?

Café society is where this aberration can be easily explained. With swathes of café’s in all directions, one wonders how many little cups of espresso are required to pay the burgeoning rents required? That is until you get the bill and then there is an outside chance, that you might quickly understand and get the picture!

Greeks work in groups, and in a way there is a little bit of common sense attached to their commercial philosophy – now lost to the crowds of British multinationals littering our English town’s and city high streets – and it is this process that many shop keepers have previously relied on in Greece, for their continued existence. This is how it works - I buy a coffee from you each day, and you buy your spoons from me. I go to a certain dentist or doctor and they come to your restaurant. I use a particular lawyer and they in turn buy their food from your supermarket. Roughly described as brand loyalty, this has been the backbone of Greek business for years; each supporting the next and so on.

The trouble is that since demand has been severely curtailed, even the friendly Greeks have found it increasingly difficult to stem the tide of commercialism and have been forced to look seriously at discount prices in order to attract more business and this has created a total havoc, amongst the easygoing shopkeepers of Orestiada. Secondary commercial streets are now gaunt with the dead faces of empty shops, vendors carry less stock and their tills remain silent; especially for those who do not want to change with the times. Even the simplest request is answered by the edict ‘I will have to order that from Athens,’ or as in the Monty Python’s Cheese shop sketch, ‘we don’t get much call for that around here.’ How did it happen?

Most of the blame quite rightly sits on the shoulders of successive Greek Governments, who have systematically overburdened the public sector with totally unnecessary manpower. With cushy jobs in most Greek Government departments, helping to keep unemployment statistics within acceptable boundaries, and the absurd number of conscripted soldiers in the National Greek Army - keeping young people out of the labour market and off the streets - it has in the past served to help mask the obvious shortcomings of unemployment in the Greek economy. Not to mention the ghastly Balkan word nepotism –rife in Greece prior to 2008 and probably still is - together with vast numbers of unsupported international bank loans by successive Greek Governments, companies and individuals, it is why the Greek house of cards finally collapsed, introducing the whole world to the expression taking a financial haircut! But, is there any hope for the future? Well, the EU has now successfully bullied Greece into the corner, and the word austerity, is on everyone’s lips.

Greeks are often accused of sitting on their own laurels if not their hands – The Iliad, Herodotus, Alexander the Great, and all that – but we must not forget the history of the Greek people in the 20th century, nor their miraculous survival under the Romans, the Byzantines and finally the Ottomans; something that most can remember in the Balkans.

It is clear that they are a hardy lot and although they are not the best team players in the world, they may be the most resilient. So it is here that I see the future changing – more out of necessity than choice – and the metamorphosis of a nation will occur - into a modern Western European Union member - without the word ‘easy’ in its vocabulary and absolutely no WD 40!

Greece is pretty interesting. I love them and their foods. It makes me guilt-free because almost all of them are healthy and low carbs. I love eating greek salad and rotisserie chicken from El Greco.