Looking Back Again on Bulgaria - by Patrick Brigham

President Zhelyu Zhelev was an enigma to me. I had watched him on TV in Bulgaria during the early nineties, performing official tasks, much as his predecessor Zhivkov had done. I remember him handing over prizes to the successful Bulgarian national football team in 1996, with jeeps and apartments being liberally handed out, much as before, to underline the importance of this event. But, nevertheless, it was reminiscent of the heady days of communism. To be honest, he seemed lost among the burly politicians of that time, the demagogic and often devious detritus, which was then successfully ruining the country. Each with a cynical smile on their face; most of them were not democrats by any measure, in fact they were out for what they could get. 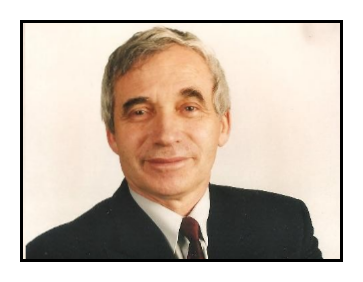 In his book written during communist times and called ‘Fascism’ Zhelev expressed the myth of communism, by hiding it behind the story of Nazi Germany, Mussolini’s Italy, and Franco’s Spain. The tale of communism versus fascism, is couched in intellectual terms, and underlined by the true facts of modern history, the analogies jump from the pages with humor and alas, black irony. For after all repression and socio-political engineering are the same evil, whatever brand name may be attached to the process. In his book he said - “ If democracy seems not to be working, then you need more democracy,” - as if the ingredients of a cake have to be finally balanced with the right amount of baking soda, the instruments of power perched like delicate colored jars on the shelf in some political shop. All ready to be weighed and mixed by the chef, but paid for - after baking - often with considerable angst and occasional pain. Written in 1967 the book didn’t emerge until 1982, and then with understandable difficulty. Written during his period of isolation, it is a good textbook by any academic standard, and unearths the tricks of political psychology, as well as the bare faced lies. 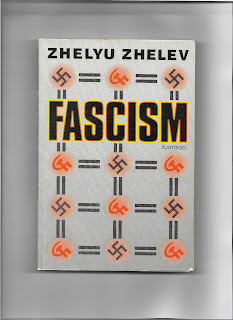 Rather like Peter Pan; Dr. Zhelev then seemed ageless. With the round face of a boy - eyes wide apart, showing generosity and nobility of spirit - whilst displaying a relaxed confidence, he seemed to be a man who had come to terms with his reality. But nevertheless, he was also a man determined to continue on an even course towards increased Bulgarian democracy. No longer President of Bulgaria, through his newly created foundation - simply called ‘The Zhelyu Zhelev Foundation - for many years he represented the quiet voice of reason and debate. 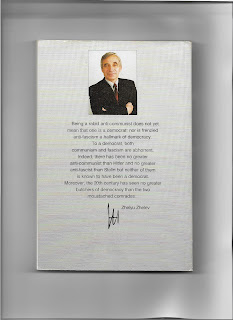 “Being a rabid anti-Communist does not yet mean that one is a democrat; nor is frenzied anti-fascism a hallmark of democracy. To a democrat, both communism and fascism are abhorrent. Indeed, there has been no greater anti-communist than Hitler, and no greater anti-fascist than Stalin, but neither of them is known to have been a democrat. Moreover, the 20th century has seen no greater butchers of democracy than these two mustached comrades.” Zhelyu Zhelev - Sofia 1997. 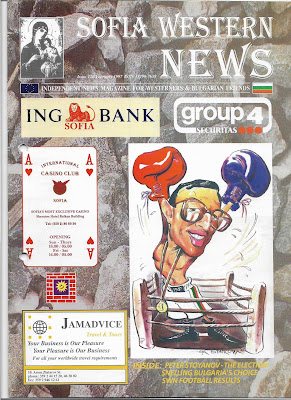 Next on the list was Peter Stoyanov, who followed Dr Zhelev as President of Bulgaria. Prior to his election, I interviewed him in his office in the UDF building in Sofia, and being unused to British journalists, he was unusually open about his history as a lawyer. Apparently, he was a mathematician who had been sidelined into politics due to his views on human rights.

He said:'At the time of my schooling, communists didn't even allow young people to have long hair, and any of us who wanted to listen to and be like the Beatles, were persecuted. They said it was immoral, but it was absurd that at the end of the 20th Century, there existed a political regime which had no respect for human rights, and discounted these rights in such a way, that didn't even exist during the 1st Century in Rome.'
at April 18, 2016