Property in The Balkans - by Patrick Brigham 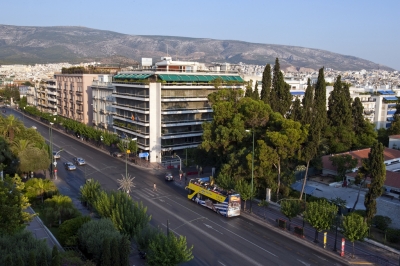 Overall, commercial property in Greece is hardly going to set the world alight. Due to the prevailing economic climate and to austerity measures, most high streets look like a smile with teeth missing, due to the number of dead windows and empty shops. Shopping, which was once one of Greece’s greatest pleasure’s, has been reduced to necessities, rather than luxury goods. Other than Athens and Thessaloniki – where tourists are most likely to be – and unless in a primary location, it is the same story everywhere, especially with unoccupied shops and offices in the secondary areas.

What movement there is, is mainly about existing business repositioning itself, or moving from older buildings into new. Rents are also a factor, because Greek property owning companies and individuals, are now faced with heavy taxes. Most property is hard to either sell or let, and consequently rents have been virtually halved. Whilst owners have been faced with recession, and facing the fact of a declining revenue, the inevitable choices have had to be made. 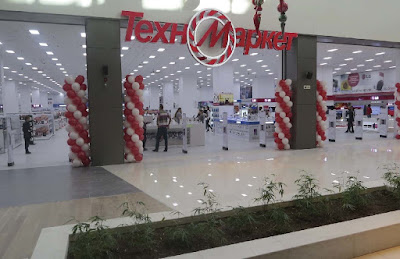 Whereas, the residential market in Bulgaria is fairly well managed and defined, commercial property has revealed certain problems of ownership, especially with one particular UK deal. According to the FT-

“The problems of East Balkan Properties, a UK-based property company, underscore the risks associated with investing in a poorly regulated property market, where there are doubts about judicial independence.”

Up until February, Glorient Investment Bulgaria, a local subsidiary of East Balkan Properties – which specialises in building retail premises – was receiving regular income from 22 outlets of Technomarket, a Bulgarian electrical goods retailer, from which it bought the properties some 10 years ago.

Allegedly, NSN Investment – a company that acquired Technomarket early this year – is taking legal proceeding against Glorient, claiming its deal with the Technomart is invalid, that the properties still belong to Technomarket, and consequently rents on the retail outlets have not been paid since the dispute began. 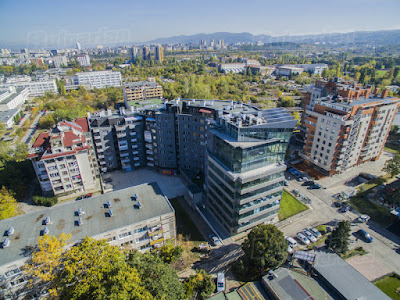 I haven’t been in the property market in Sofia for some years now, but what is certain, is that some local entrepreneurs are renowned for their non observance of EU business protocols, a cast occasionally populated by members of the Mutri, and many other unethical people besides. Mainly due to a penchant for silly games, and a track record for fraud, the Sofia ‘bloody foreigner syndrome,’ seems to remain intact, even to this day.

According to local pundits, the world of commercial property is changing, in Sofia, and retail business's are now returning to the high street. Away from the retail shopping malls - many of which are in secondary positions - popular names can now be seen once more in pedestrianized, Vitosha Street, and the many City centre offshoots. Once regarded as one of the most expensive districts in Sofia, out of town retail, has at least helped city centre rental values to achieve an acceptable level.

In the office sector, since most of the major international commercial players are now present in Sofia, there has been an an oversupply of office space, and letting offices on the outskirts of the city has always been a destination of last resort. Many western property developers have come into the Sofia marketplace since the changes in 1990, because much of the office space was badly planned and not sufficiently ergonomic

RESIDENTIAL INVESTMENT IN THE BALKANS

Despite the financial turmoil of the last nine years, many ex-pats who came to the Balkans early on are now well established. Consequently, there are a number of modernized and renovated residential properties for sale, mostly at reasonable prices, all available locally often with an implied British mark of quality, and this is particularly true of Bulgaria. Because labour costs have also been reduced due to unemployment, so the cost of building a house has also decreased, and there are many willing builders – throughout the Balkan area – able to work at reasonable prices.

This includes a small number of English and Irish contractors who have in the last few years, become experienced in the ways of the Balkan peoples. These ex-pat builders are not only a phone call away, but can be found on Facebook, Twitter and LinkedIn, together with abundant evidence of their high-quality standards of construction.

In turn, many ex-pats have also moved on up the property ladder, meaning that there are additional solid and comfortable homes on the market, needing little or no alteration or renovation. Occasionally sold together with fixtures, fittings and also furniture, they represent an ideal investment – or holiday retreat – for a discerning buyer in need of quality accommodation, but, without the hassle of setting up a brand new home themselves

We are now entering a new phase in South Eastern Europe and with the financial meltdown of 2008 apparently behind us, we are fast approaching a new era of stability. This means that, although Balkan property prices have never been cheaper in Bulgaria, Greece or even Turkey, they will not remain that way for much longer!

Because of the current prices on offer, houses and apartments have now become far more accessible to many, and well within the scope of Europeans looking for a home abroad. Perfect for young families and retired couples alike – and those who simply want to relax in the sun – the Balkan way of life can certainly take the stress out of living. Whether only for the summer months – but occasionally forever – the Balkan region promises a recipe for a long and healthy life; particularly in the rural areas.

Like most farming communities the local inhabitants are rarely under pressure, but they are governed by the seasons and of course the weather. Baking hot summers will soon cause any visitor to take a snooze in the afternoon – when the sun is so hot – that even ‘mad dogs and Englishmen,’ are frightened to venture out. But, why is it easy? 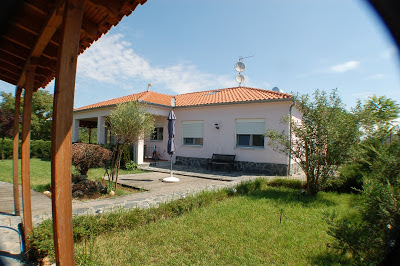 Winters are generally mild, although this year was an exception, all over the Balkans, where snow tires came highly recommended. As an early member of the EU, Greece has enjoyed ongoing investment in transport and communication, and Evros, where I now live, is no exception. The roads are all generally good, although Greek drivers do tend to hug the middle of the road. They say it is because there are rocks rolling down the mountains and hills, even though there is little evidence of a mountain or hill locally, as far as one can see! Greece is also full of airports and people are often spoilt for a point of departure and also for their final destination!

The North of Greece is peaceful and safe, and populated by people who define their own existence as easy. Most experienced travellers have visited Greece at one time or another, but few know anything about the very north of Greece, Evros, or its history. Due to its prominence, Greece has about 144,000 expats living there, particularly on the islands, and – due to deflated housing prices – all over Thrace or East & West Macedonia. Only slightly more expensive than Bulgaria, property in northern Greece comes with just a tad more civilization.

BULGARIA AND THE SOUTH EAST 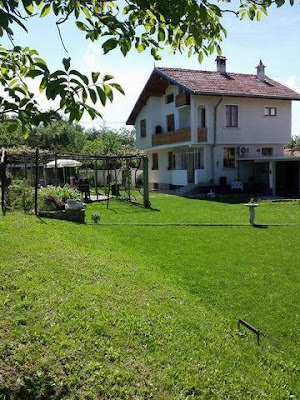 Bulgaria was a Communist country until 1990 and so many facets of civil life can be a little over the top. Much of the infamous bureaucracy has been diluted, as have the many laws concerning foreigners, which over time had become pointless, and out of step with the rest of Europe. These days an EU citizen can buy a house or a car, without owning a Bulgarian company, the only restriction being that you have to have an Internal Residents Permit.

When Bulgaria went from a command economy to a country generally supporting private enterprise, many Bulgarian citizens became confused, and years spent as the victims of primitive propaganda, made the average Bulgarian a trifle Xenophobic. Twenty years on and the children and grandchildren of Communism are trying to put the past well and truly behind them. The new face of Bulgaria may seem a little careworn at times, but the instinct for survival remains intact, within a country where hard work is a necessity. But, beware of indigenous builders!

Short of skilled craftsmen and women, Bulgaria has recently recognized the need for more artisans, amongst a plethora of MBA’s. What is really good, however, is the high standard of IT professionals, which is why Bulgaria enjoys a modern level of communication – subject of course to occasional power cuts!

Some 9000 ex-pat immigrants from EU countries live in Bulgaria, with many in and around Varna, Burgas, and Haskovo. This is an area of great natural beauty and depending on your needs, offers both sea views and long country walks. Elhovo in the Yambol Region is a favourite place for some Brits, who by getting together, have established quite a community. The Black Sea, Varna and Burgas, are more popular for holiday homes, with some permanent ex-pat residents also there, and surprisingly, a number of UK food shops. 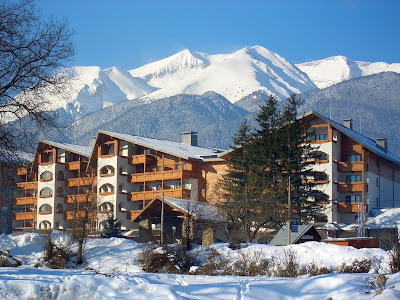 In the skiing areas of Bansko, Pamporovo and Vitosha, asking prices have been greatly reduced for studio and small apartments, the somewhat empty investment promises – of countless owners and estate agents – coming to nothing. Having said that, now the short stay and cheap flight option has recently emerged, Bulgarian ski resorts generally, and the short let market, might find new vigour once more.